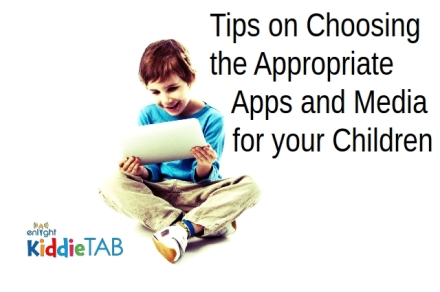 With the release of touch-based devices like tablets and smart phones, children are able to explore the world of technology at an even younger age. Gone are the days when parents had to wait for their children to be ready to deal with the complexities of manipulating a computer keyboard and mouse. Many parents now turn to apps and digital media to entertain, educate, or simply distract their children. But with so many options, recommendations, and user ratings available, choosing the right apps and media for their kids becomes such a daunting task. Here are a few guidelines parents can use to make informed decisions on which apps to download – and which to avoid:

END_OF_DOCUMENT_TOKEN_TO_BE_REPLACED 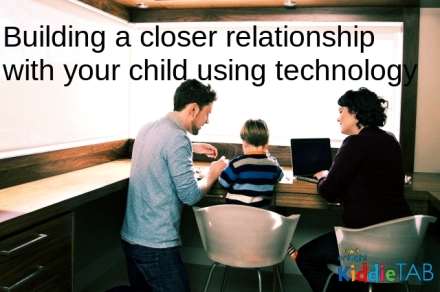 Time spent with your children is time very well spent. It’s so easy to get caught up in the daily grind that children sometimes take the back burner. But children grow up quickly and the opportunity to build strong relationships once missed may never be recovered. Tossing the ball around in the backyard or strolling in the park are good ways to start conversations but nowadays, parents are also encouraged to enter into the world where their children are increasingly spending more and more time – in front of the screen. Here are six ways you can build memories that will last your child through his lifetime using technology: END_OF_DOCUMENT_TOKEN_TO_BE_REPLACED

Parents and educators tend to have a lot of questions and differing opinions when it comes to exposing children to computers and gadgets. They find it hard to determine what is best, especially since these products were not around when they were growing up. Media has covered and presented several advantages and disadvantages of children being exposed to different technologies, but there is little evidence to go on. In its absence, a number of widespread myths about children and technology have emerged:

Cutting back kids’ time watching TV and playing video games may not encourage them to spend more of the day running around outside. A study conducted by the Centers for Disease Control and Prevention (CDC) on just over 1,200 U.S. children, aged six to 11 showed no clear connection between physical activity and active screen time. Tala Fakhouri, the study lead author for CDC said, “I don’t think it’s as simple as, if a child is not watching television, then by default that child will be physically active.” Obesity was once tied both to not getting enough exercise and to spending too much time in front of TV and computer screens, but researchers said the new study backs up earlier findings showing too much screen time and not enough exercise may be separate issues that parents and schools need to address independently.

END_OF_DOCUMENT_TOKEN_TO_BE_REPLACED

More and more parents are asking if it is good for children to have access to technology and screen media in their early years. Recent studies show that active (or interactive) technology and screen time can actually help develop and improve your kiddie’s learning when used appropriately.

Here are 10 ways your kiddies can benefit from technology and active screen time:

END_OF_DOCUMENT_TOKEN_TO_BE_REPLACED

These days, the question that most parents and educators ask is no longer about whether and to what extent technology should be used with young children, but rather how it should be used. The appeal of technology and the steady stream of new devices may lead some parents and teachers to use technology for technology’s sake, rather than as a means to an end.

Here are a few guidelines to remember when introducing technology to young children.